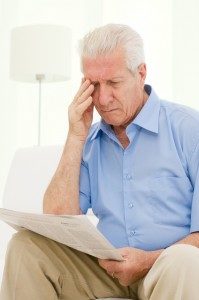 Social Security disability benefits for Alzheimer’s and dementia are obtainable, but not easy. It’s been called the long goodbye, watching a loved one’s mind slowly fade, like a sailboat floating away to the horizon. The devastation of Alzheimer’s and other forms of early dementia is profound, to victims and to caregivers. Early diagnosis and treatment can make a big difference for some, lifting fogginess and delaying onset of more severe symptoms. But now, a clear diagnosis is enough to qualify for disability payment for patients below retirement age.

Cognitive impairment caused by Alzheimer’s disease leaves people unable to maintain gainful employment. One wife described asking her husband to pack his own suitcase for a trip as he had always done. For a trip to Mexico, all he took was every single pair of socks he owned, and four sets of thermal underwear. Most patients couldn’t be relied upon to set the table, much less show up for work.

Social Security recently added early-onset Alzheimer’s disease to its Compassionate Allowances Initiative. This allows for faster payment of Social Security benefits. In addition to Alzheimer’s, mixed-dementia and Primary Progressive Aphasia were added to the list.

There are an estimated 5.3 million Americans with Alzheimer’s disease. Many are over age 65, but earlier diagnosis means this fatal disease now touches a significant number of younger people. Many have few financial options other than the Social Security and SSI disability program and its medical insurance benefits.

Experts agree that genetics plays a role in Alzheimer’s disease, but the degree to which this is responsible is still unclear. Research shows that 42% of those whose parents both had Alzheimer’s went on to develop the disease themselves by age 70.

The diagnosis of Alzheimer’s indicates significant cognitive impairment that interferes with daily living activities, including the ability to work. This new regulation will help Alzheimer families and it may allow caregivers some respite care. It will allow patients to remain longer in their own homes, a benefit to families and taxpayers.

Younger people can develop similar cognitive issues, often after brain injuries such as those seen in sports injuries and far too many of our Wounded Warriors. Military service members can receive expedited processing of Social Security disability claims. Benefits available through Social Security require a separate application. Many are eligible for both sets of benefits.

If you or a family member is suffering from this profound disability, contact our office. We can help.

Alzheimer’s Association – National organization dedicated to research and support for
those living with Alzheimer’s.

This web page is a resource containing general information which is intended, but not guaranteed, to be correct and current. Information on this page does not constitute legal advice. Visitors should consult an attorney to address legal concerns. You should not consider web page information, or e-mail from us, to be an agreement for an attorney-client relationship. We cannot guarantee the accuracy of any information or services on linked pages. We are not engaged in your representation until you sign a contract with us. Copyright 2016 PR Legal Marketing